Posted by Norman Housley in Cross and the Crescent: Crusading and the Contemporary World Blog on November 26, 2013

The glorious medieval city of Kraków was the setting for this stimulating conference organised jointly by Mainz’s Johannes Gutenberg University and Kraków’s Jesuit University Ignatianum. It was fascinating to see how the themes explored at Kraków – in papers presented by colleagues hailing from Poland, Germany, Ukraine, Bosnia and the United Kingdom – interlocked with the work of the Leicester International Network. The Balkan states featured in some papers, as did Sweden, Russia, Cyprus, Byzantium and the Holy Land. But the focus, appropriately, was on Poland and Bohemia.

One theme that emerged strongly at Kraków was the complexity of the relationship that both Bohemia and Poland enjoyed with the practice of crusading. It was really only with the Hussite crusades that Bohemia came to prominence, and then it did so in the unenviable role of target and victim. As for Poland, its engagement with crusading was sporadic. It was complicated by the kingdom’s difficult relations with the Teutonic Order in the north and by the distance that separated the Poles from the looming threat of the Ottoman Turks. The succession of Władisław III as king of Hungary in 1440 led to Poles fighting at the disastrous battle of Varna in 1444, while the heady – and misguided – ambitions of Jan I Olbracht brought about Poland’s second crusading defeat, at the battle of the Cosmin Forest in 1497. Neither outcome was likely to endear the Poles to crusading!

Nonetheless, crusading played an important role in the changes that transformed East-Central Europe in this period. There were a number of reasons for this, and all of them were explored at Kraków. First and foremost there was the issue of the Turks. Their advance couldn’t be ignored even north of the Carpathians, especially when the Ottomans pursued their ambition to control the north-western shores of the Black Sea. Secondly, there was the nexus of contacts with the Papal court. Rome was sensitive to, and increasingly well-informed about, the power and potential of the northern lands, and it was intensely concerned about heresy spreading outwards like a virus from Bohemia. Thirdly, there was the malleability of crusading ideas, language and symbols. As speakers at Kraków showed, these could be applied in contexts as different – and on the surface unwelcoming – as twelfth-century Constantinople and sixteenth-century Muscovy. And then there was the inherent appeal for contemporaries of waging a holy war. This was most strikingly evinced by the way the Hussites mobilised its charisma when faced by the need to defend the Bohemian crown lands against the crusaders. 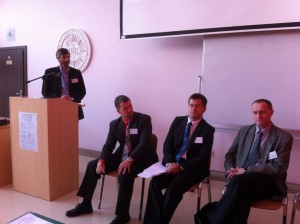 Holy war can be a forbidding topic. Walking to conference sessions past an impressive bust of Ignatius of Loyola, it was impossible not to remain conscious throughout the Kraków meeting of the resonances of militant religiosity. Some are positive, others negative. Thanks to the remarkable good humour and hospitality of Polish colleagues, it was possible to ponder on those resonances in an atmosphere that was focused but refreshingly informal. 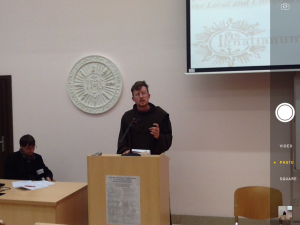 The event organisers, Janusz Smolucha (Kraków) and John Jefferson (Mainz) clearly put a good deal of thought and effort into creating a conference framework that would combine a broad range of papers with ample time for discussion. Much of that discussion took place in Krakow’s renowned cellar bars and bistros.  Gratulacje! 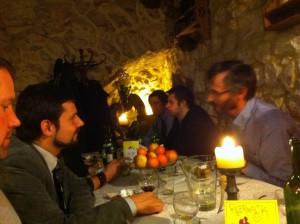 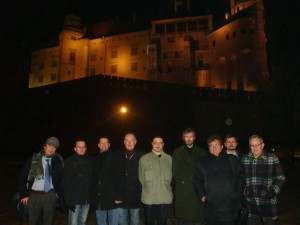 Link to website for the Leverhulme project on the Later Crusades (led by  Professor Nomran Housley of the University of Leicester):
http://www2.le.ac.uk/departments/historical/research/research-projects/leverhulme-trust-international-network