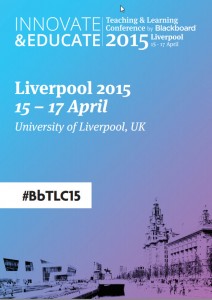 I recently attended the Blackboard teaching and Learning Conference in Liverpool. This is Blackboard’s main showcase event for Europe.

There were no big surprises in the Blackboard ‘Road Map’ at this event, most of the information about improvements to Blackboard Learn and Mobile had been made at previous events.

However there were to changes that are notable – a change to the service pack release, and a new version of Collaborate (their web conferencing application).

The April 2015 release will now take place via a series of cumulative updates and building blocks rather than through a traditional service pack release. This means that fixes and updates will be made with a minimum of disruption. The updates will include a Tribal-SITS SIS integration, the student mobile app, and the new java-free collaborate. It’s not certain whether or when these updates would be made available here at Leicester. Obviously these updates have to be tested first before they can be let loose.

The new release of Blackboard Learn 9.1 is planned for quarter 4 this year. I wrote about this release in an earlier blog post.

The new version of Collaborate will be available ‘within 30 days’, so around mid-May. It would need to undergo testing before it could be made available to anyone in the university, if indeed it is made available – we currently use Adobe Connect as our supported online conferencing tool – Collaborate is used by the School of Management only.

Blackboard Collaborate will now come java-free. That is, you will no longer have to install a ‘launcher’ to get it to run. It will run directly in the browser. It has a new look, and is described a looking like ‘Google Hangouts’. You can see this in the images below. Sorry for the quality of the first photo, it was taken from the conference floor as Blackboard have not released any of their own images yet. 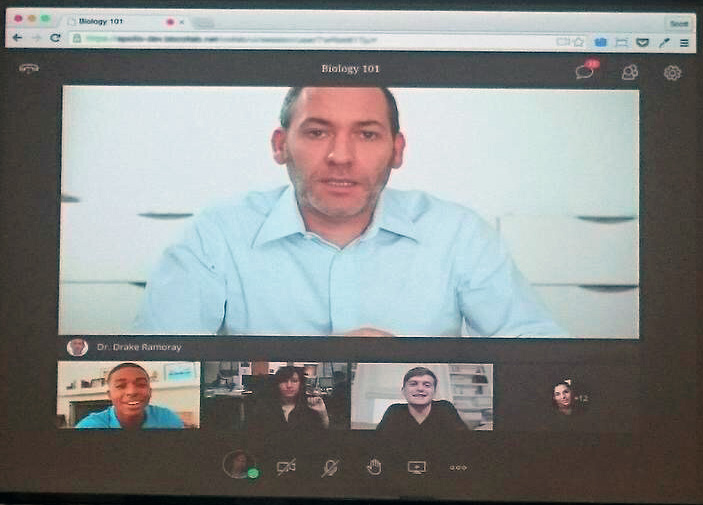 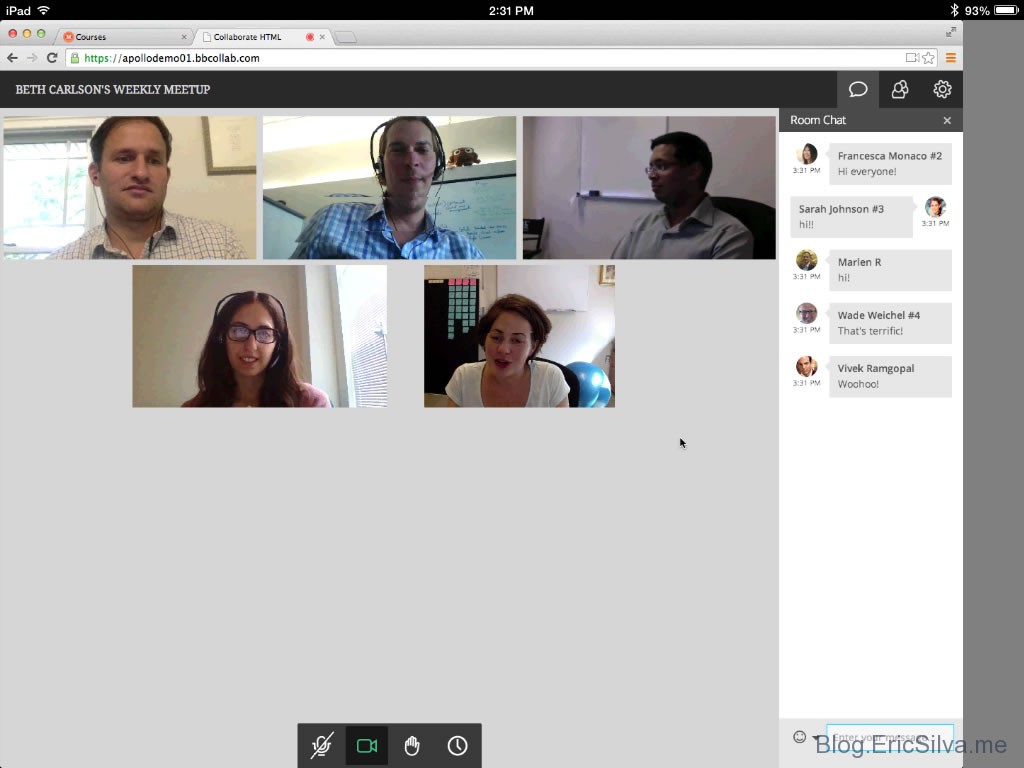 It includes high quality video, with the capability for up to 50 people in one ‘room’ initially. This number will increase over the coming months.

The meetings can be recorded directly to mp4 format, so there will be no file conversion required.