SAPPHIRE’s Natalie Armstrong and Caroline Morris have recently returned from the ‘Preventing Overdiagnosis Conference’ (#PODC2016) in sunny Barcelona, in this blog they reflect on this developing area and what they took away from the event.

What is overdiagnosis, and why is it something to be prevented?

Broadly speaking, when people talk about overdiagnosis they’re referring to cases in which a diagnosis is ‘correct’ according to current standards but the diagnosis or associated treatment has a low probability of benefit to the patient, and may even be harmful.

The potential consequences of overdiagnosis are significant and include the psychological and behavioural effects of disease labelling and physical harms or side effects of unnecessary tests or treatments; more broadly unnecessary treatment can negatively affect quality of life. Overdiagnosis can also result in increased financial costs to individuals and wasted resources and opportunity costs to the health system.

Overdiagnosis is argued to be driven by factors including: increasingly sensitive tests that identify indolent, nonprogressive, or regressive abnormalities; expanded disease definitions and lowered thresholds; creation of pseudo diseases; public enthusiasm for screening or testing and the desire for reassurance; clinicians’ fear of missing a diagnosis or of litigation; and financial incentives.

The concept is gaining traction around the world. In the UK context the BMJ’s ‘Too Much Medicine’ initiative aims to highlight the threat posed by overdiagnosis and the wasting of resources on unnecessary care and the Royal College of General Practitioners has an overdiagnosis standing group. They’re both good places to start if you’re interested in finding out more about what overdiagnosis is and the ways it might be prevented. 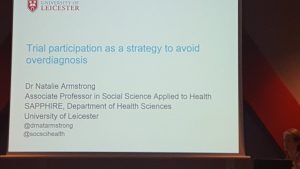 What was PODC2016 all about, and what did we find most interesting?

Building on successful conferences in Dartmouth, Oxford, and Washington, the Preventing Overdiagnosis Conference 2016 took place in Barcelona and brought together clinicians and researchers who are keen to think about ”winding back the harms of too much medicine”. As in previous years, the conference focused on several linked themes: defining overdiagnosis and assessing its prevalence; understanding what causes it; and identifying and evaluating interventions to mitigate its harms.

Of particular interest to us as social scientists were ongoing debates about exactly what we mean by overdiagnosis. The movement still seems to be struggling a little with the question “what is overdiagnosis?” and the normative values that this term inevitably invokes. Quoting Christakis, Bjorn Hoffman talked about “the meaning of diagnosis [coming] from the meaning of prognosis” and the prophetic nature of any claim that a particular diagnosis will turn out to be ‘overdiagnosis’ (i.e. will result in tipping the harm:benefit ratio in the wrong direction). This perhaps has contributed to the many different movements which have sprung up worldwide which Jessica Otte mapped in her ‘round the world’ tour of overdiagnosis related work.

We were also very interested in what people see as the most appropriate means of tackling overdiagnosis. Shared Decision-Making (SDM) has been prominent among the interventions to mitigate the harms of overdiagnosis since the first Preventing Overdiagnosis Conference four years ago and this year’s event again saw an array of presentations on developing and evaluating decision aids. These aren’t a straightforward solution though. Some question the rational decision-making frame on which SDM is based, and propose alternative models such as heuristics for thinking about patient / clinician decision-making. Others draw attention to the considerable work involved for patients who are engaging with certain decision aids. As one patient in Corinna Schaefer’s study commented, “this is no decision aid, it makes decisions difficult”.

Professionals also often lack confidence and guidance on how to do SDM well, feel uncertain of the evidence about harms and benefits, and, importantly, lack external triggers to prompt such activity. Recognising this, Nikola Biller Adorno argued persuasively that informed choice cannot effectively combat overdiagnosis as the problem is born out of a complex array of interconnecting drivers which shape the context of this choice. Minna Johansson questioned the appropriateness of trusting informed choice to resolve ethical problems and complex value judgments in this context.

How is overdiagnosis relevant to SAPPHIRE and the work the group does? 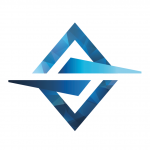 As a group committed to using social science theory and methods to improve healthcare, there are some clear alignments between SAPPHIRE’s work and the area of overdiagnosis. It was clear to both of us that social science input is needed here, both in theoretical and methodological terms.

During a debate on the changing thresholds for diagnosis and the role of guideline panels, the possibility of a new research field perhaps named ‘diagnostic science’ had some broad appeal – to bring in alternative ways of thinking about this very social and value laden problem. Similarly, although there are many critiques relating to the construction of evidence-based medicine circulating within the overdiagnosis movement, interventions to counter the harms of overdiagnosis often appeal to an alternative ‘evidence base’ as though it were relatively stable.

Work from the emerging and ostensibly very relevant ‘sociology of diagnosis’ field seems thus far to have been relatively uninvolved with the very clinically-driven work to combat overdiagnosis. As social scientists, we appreciate the way in which this disciplinary lens allows us to see that diagnosis is central to the ways medicine exerts its role in society. The process of diagnosis can be seen as providing the framework within which medicine operates, punctuating the values which medicine espouses, and underlining the authoritative role of both medicine and the doctor. Social science more broadly facilitates the analysis of medical organizations and institutions, the production of medical knowledge, the actions and interactions of healthcare professionals with both their colleagues and patients, and the social and cultural effects of medical practice.

The conference offered much food for thought regarding how this analysis might improve the quality of healthcare. One of the most obvious points was the importance of high quality, theoretically informed process evaluations of any efforts to tackle overdiagnosis – too often we heard about initiatives that just didn’t work, or that seemed to have an effect but nobody quite knew how or why. Potentially much for SAPPHIRE to get its teeth into…

You can read more about Natalie and Caroline’s time at #PODC2016 in this storify of their tweets.

Natalie Armstrong is a Senior Lecturer in Social Science Applied to Health, and the Co-lead of the SAPPHIRE group. A graduate of the Universities of London, Nottingham and Warwick, she is a medical sociologist and uses sociological ideas and methods to understand health and illness and to tackle problems in the delivery of high-quality healthcare. Her work covers a number of areas, although she has a special interest in women’s and children’s health. Natalie has recently led a qualitative evaluation of how healthcare organisations collect and use data on common harms through the NHS Safety Thermometer, and is currently leading a qualitative evaluation of the feasibility of using the Patient Activation Measure in the NHS.