Posted by Grant Denkinson in Knowledge to broadcast: research archiving blog on March 5, 2014

I’ve been taking a look at what has been most popular recently in our Open Access repository of University of Leicester research publications:

Our most read Leicester Research Archive (LRA) publication over the last month was Halla Diyab’s 2008 Doctoral Thesis, “Crossing the margin: minorities and marginality in the drama of Tennessee Williams.” Controversy following Dr Diyab’s appearance on the BBC discussing Syrian refugees was recently in the news.

Next comes Chow Yen Desmond Sim’s 2002 Engineering Doctoral thesis, “The propagation of VHF and UHF radio waves over sea paths” and then Hock Woon Chiang’s 2012 EdD thesis, “Young Singaporeans’ Perspectives of Compulsory Military Conscription: How They Manage the National Service Experience in Relation to Their Education, Development and Careers” which was most read as far as we can tell from Singapore followed by the United States of America.

Dr Justine Mercer, now Associate Professor at Warwick Institute of Education, wrote the next paper on our list for Oxford Review of Education in 2007, “The challenges of insider research in educational institutions: wielding a double-edged sword and resolving delicate dilemmas,” and then we have a book chapter, “The evolution of diplomatic method,” by Harold Nicolson from the Chichele Lectures delivered at the University of Oxford way back in November 1953.

David Rodway Colley’s 2012 Doctoral thesis, “The Development of Nurture Groups in Secondary Schools,” in the School of Education has been getting consistent download figures since we made it available.

The 2005 paper, “What is land cover?” by Alexis J. Comber, Peter F. Fisher and Richard A. Wadsworth is next on our list and was published in Environment and Planning B: Planning and Design. Then we have, “Facebook, social integration and informal learning at university: ‘It is more for socialising and talking to friends about work than for actually doing work’,” by four authors: Clare Madge, Julia Meek, Jane Wellens and Tristram Hooley in Learning, Media and Technology in 2009.

In 1985, Traolach S. Brugha, Paul E. Bebbington, Christopher Tennant and Jane Hurry wrote “The List of Threatening Experiences: a subset of 12 life event categories with considerable long-term contextual threat” in Psychological Medicine and this comes in our top ten downloads, 29 years after it was published.

Also in our top ten is, “Mobile technologies and learning“, published in the Futurelab Literature Review Series ten years ago in 2004, written by Laura Naismith, Peter Lonsdale, Giasemi N. Vavoula and Mike Sharples. 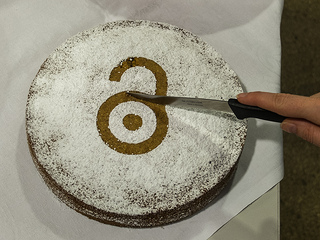