Posted by Grant Denkinson in Knowledge to broadcast: research archiving blog on February 3, 2014 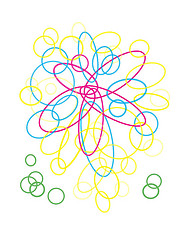 Listening to Dan Porter present to the New History Lab on Friday I thought of some writers who influence me:

Alfred Korzybski: Founder of general semantics, a system that I think works well for examining how we model our environments in our minds and where problems can arise in our thinking and communication.

Jaron Lanier: Pioneer of virtual reality, musician and one of the few people I think are worth reading in their analysis of the Internet and technology and calls for them to be good for humans and not harmful.

Ted Nelson: Came up with a rich idea for hypertext well before the web, using a quite different set of metaphors and things it ought to do. I had the pleasure of meeting him in Leicester.

Bruce Schneier: My favourite writer on a rational approach to security, computer and otherwise.

Jakob Nielsen: I’ve been reading his articles on Usability from the beginning (since 1995) and attended one of his company’s training sessions.

Sherry Turkle: I really liked her book The Second Self: Computers and the Human Spirit (1984). ISBN 0-262-70111-1 about how kids and adults understand computers and different programming styles.

Lewis Mumford: He wrote Technics and Civilization (1934) about trends and paradigm changes in technology which anticipates many debates we have now or ought to.

Edward Tufte: Wrote and published The Visual Display of Quantitative Information (1983, 2001) which I remember being advertised in New Scientist for years and was delighted by: how (not) to present information.

Theodore Roszak: Wrote The Cult of Information: A Neo-Luddite Treatise on High-Tech, Artificial Intelligence, and the True Art of Thinking (1986, 1994) which for a while was on the bookshelves of many friends. Funny that I’ve never picked up anything else by him.

Larry Wall: Created the scripting and programming language Perl. I like his three great virtues of a programmer: Laziness, Impatience and Hubris.