This post is authored by Rita Marcalo, dancer, choreographer and Artistic Director of Instant Dissidence, as a response to the Workshop ‘Arts and Citizenship’ held at the Department of Media and Communication in June 2015.

Since 2013 I have been developing a performance series entitled Dancing With Strangers.

The first instance in the series took the European Union as its territory, and connected choreographers from various EU countries now living and working in the UK, to strangers living in their country of origin.

The second instance in the series entailed duets between Leeds citizens: an act of connection where residents of Headingley Hall care home connect with strangers walking on the streets of Leeds, through the gift of dancing. 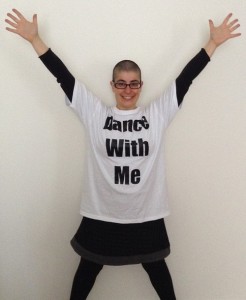 The third in the series is a re-working of the version above, but instead of the performances taking place in one location and being programmed as part of a festival, they take place on the last street where each choreographer lived before moving into residential care, and if possible inside their very last home.

The project will take place Autumn 2015 in partnership with At Home With the Arts: What happens when a neighbour leaves your street to move into a care home – do you wonder what their new home is like, what their life is lie? Do you think of them when their front door is repainted or their prize rose blooms in the Summer? Or if you move into a care home, do you daydream about what happens on your old street now you’ve left? Who moved in? Do they enjoy sitting in the same corner of the garden catching the last of the evening sun? Are there still wild parties at number 27?

The fourth in the series is an idea still in development. This instance of Dancing With Strangers will be an act of solidarity where non-EU migrants (currently detained in a UK immigration removal centre) offer audiences an embodied experience of their personal story of migration and detention in the UK.  This act of solidarity is achieved by audiences being invited to perform a dance duet with one particular migrant, and it is made possible by me (my body) acting as a channel for the migrant’s original choreography.

How is can the Dancing With Strangers series be understood in relation to the experience and/or construction of citizenship?

Two ideas came into my mind when I asked myself the above question. Firstly the premise behind all the above instances of the series (i.e., the idea that my body acts as a ‘stand in for’ body for others’) might have something to add to discourses on bottom-up citizenship. Indeed, the idea that my body (and therefore the privilege that I have to be seen, heard and felt in the public sphere) acts as a stand in body for those which (for one reason or another) are unable to exert that privilege, may be seen to highlight which citizens are ‘unseen/unheard/unfelt’, and therefore which citizens are not.

Secondly, it might be that the Dancing With Strangers’ idea of imitating the bodily movements of an ‘other’ may question the exclusion of that ‘other’ which can characterise top-down discourses on citizenship. Indeed, it could be said that the fact that the Dancing With Strangers series asks members of the public to not just consider how others might feel with their minds but to embody how others feel with their bodies, could be seen as a literal way of ‘putting one’s self in someone else’s shoes’.