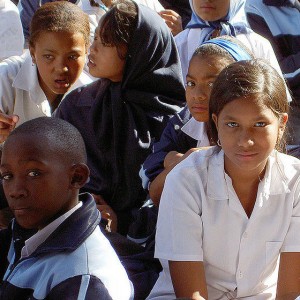 The 20th November 2014 was the 25th anniversary of the adoption of the United Nations Convention on the Rights of the Child (UNCRC) by the UN General Assembly. The writing of this convention was an incredibly important moment for children across the world, because it was the first time that children were recognised specifically as rights holders in an international treaty. However in spite of now being recognised as having rights of their own, many children both in the UK and elsewhere live in terrible situations. It seems that for these children, having rights is not of much practical use. We hope that by finding out about children’s understanding of their rights and the law, we can start to help children to increase their own legal capability.

Two of the most well-known elements of the UNCRC are articles 12 and 13, which relate to children’s rights to express their views and to communicate in ways that make sense to them. The ‘child-friendly’ version of the UNCRC puts it rather nicely:

Article 12: You have the right to give your opinion, and for adults to listen and take it seriously.

Article 13: You have the right to find out things and share what you think with others, by talking, drawing, writing or in any other way unless it harms or offends other people.

Our project, Law in Children’s Lives, in part hopes to find out how much children understand that they have rights, and that they can draw on these rights to improve their lives. And while we’re finding out about this, it’s also important to us that we make sure we are staying within the spirit of the UNCRC ourselves. We are therefore working hard to incorporate the views of children in our project, and to communicate with children in fun and meaningful ways. Essentially, we want to give children a voice regarding how they relate to the law.

From some respects, this is easier said than done. Research that has been carried out elsewhere indicates that primary school children have a very limited understanding of the law and legal language. It is therefore not straightforward to directly ask them about their opinions on legal issues. The idea behind our project is to produce a tablet-based game to find out how children respond to law-related scenarios (there will be another blog about the game coming soon). But we wanted to make sure that children also had the chance to feed into these scenarios we present in the game and tell us whether these made sense to them.

The development of these scenarios has been an interesting process, in which we have gone backwards and forwards between adult experts and focus groups of children (a total of about 45 children in three different schools). First we worked with the experts to figure out what sort of legal issues we wanted to tackle. Then we went to the children to find out what they did in their lives and how much freedom and control they felt they had. Then we used all of this information to devise a long list of scenarios, and we are now in the process of finding out whether these scenarios are meaningful to the children, and also whether the ways in which we are asking about them make sense.

There have already been some interesting outcomes. For example, we have found out about children’s ideas on what age they can be left alone; on their understandings of the responsibilities of adults towards them; on the situations in which they speak up for themselves, and those in which they might stay quiet, or get an adult to speak for them; and we’ve found that the meanings of certain words that we take for granted as adults (such as ‘shoplifting’ and ‘school governor’) are unfamiliar to many children.

Through this process, we are seeking to make sure that the game will be relevant and meaningful to the children, so that next year a much larger group of children will be able to use the game to express themselves about their understanding of their rights and the law as it relates to their everyday lives.