Getting Started with Law in Children’s Lives 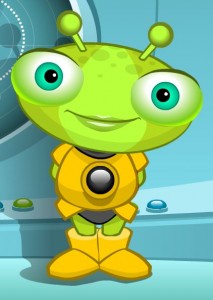 Welcome to the Law in Children’s Lives project blog. This exciting project was initiated by Dr Dawn Watkins, of the University’s School of Law, and is being funded by the ESRC. The team, including two dedicated Research Associates, started work at the start of September 2014, and since then it’s been all go.

The project is concerned with finding out how empowered children are by the law. So, rather than looking at children’s involvement in the legal justice system, we’re exploring the degree to which children understand that the law is there all the time in their lives, and can support them in everyday situations.

However, there’s a problem with asking children directly about this, as when it comes to legal issues, children can often be concerned to give what they think is the ‘correct’ answer to the adults who are interviewing them. So we’ve decided to remove the adults and replace them with a specially-designed tablet-based game instead. We hope this will encourage children to give answers that really reflect what they would do, whilst also making it a lot more fun for them to take part.

Since starting the project in September, we’ve been consulting with a number of experts on law and children, but we’ve also been consulting with children from local primary schools to find out what they think. All of this consultation is feeding in to our decisions about how the game will work. We’ll write more about this soon, but in the meantime we’ll give you a taster: the game is going to involve an alien!