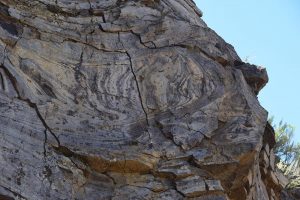 Explosive super-eruptions (those involving more than 450 km3 of magma) are among the most extreme events to affect the Earth’s surface. Thankfully, humans have not experienced such an event in recorded history (the last massive volcanic explosion was 26,500 years ago). The only clues to help us better understand super-eruptions and their impacts are therefore hiding within the geological record.

Our research team at the University of Leicester, in collaboration with the British Geological Survey and University of California, Santa Cruz, USA, have announced the discovery of two newly identified Yellowstone hotspot super-eruptions, including what is now the largest and most cataclysmic event of the volcanic province’s history. The results suggest the hotspot, which today fuels the famous geysers, mudpots, and fumaroles in Yellowstone National Park, may be decreasing in intensity. This work is a direct output from a NERC discovery grant project on ‘Scales and Frequencies of Explosive Super-eruptions.’ 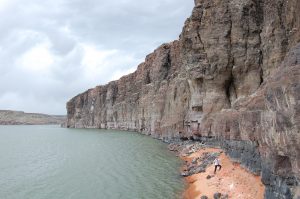 In the study published in the journal Geology, we explain how a combination of analytical techniques, including chemistry, magnetic data, and radio-isotopic dates, have been successfully used to “fingerprint” and correlate volcanic deposits scattered across tens of thousands of square kilometres. Deposits previously believed to belong to multiple, smaller eruptions were, in fact, colossal sheets of volcanic material formed from two previously unknown super eruptions that occurred about 9.0 and 8.7 million years ago.

The younger of the two, the Grey’s Landing super eruption, is now the largest recorded event of the entire Yellowstone volcanic province, erupting more than 2800 km3 of volcanic material in a single event. The eruption enamelled an area the size of New Jersey in searing-hot volcanic glass that would have abruptly sterilized the land surface. In addition, particulates would have choked the stratosphere, raining fine ash over the entire United States and gradually encompassing the globe. Interestingly, the far-flung ash records of these eruptions are yet to be found, and once identified would increase volumes even more! 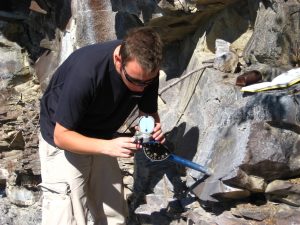 The discovery of these two new super-eruptions brings the total number to 11 throughout the history of Yellowstone hotspot volcanic province and there may still be others waiting to be identified. Moreover, based on this record, researchers were able to demonstrate a three-fold decrease in the recurrence rate of Yellowstone hotspot super eruptions over the past 6 million years.

Could this decline suggest that the Yellowstone hotpot is losing steam? This remains an intriguing possibility, but only time and further research will tell and the work by UoL researchers provides a guide for how these investigations might be done. Regardless, we must remain vigilant as the Yellowstone’s magmatic system is still very much active and requires constant monitoring.