Posted by University of Leicester in Virtual Vauxhall Gardens on April 2, 2019

Vauxhall Gardens was re-launched in 1732 as the first and most significant of the true Pleasure Gardens of Georgian London. Commercial pleasure gardens, an English invention, were privately-run sites of entertainment; they were often situated on the outskirts of large towns or cities, and paying visitors were entertained in the summer months with music and company; refreshments were available at a price. Pleasure gardens, as their name implies, were mainly outdoor spaces, though sometimes with an assembly room or concert hall, and they were normally open in the evening, after the working day; anybody who could afford the admission price and who was at least respectably dressed would be admitted.

In re-creating this experience, we aim to widen access to and diversify audiences for historical virtual reality environments by engaging the widest range of senses (sound, vision, smell), using creative approaches and targeting non-traditional VR users. The objectives are:

The idea of a VR reconstruction was first proposed by Lars Tharp and David Coke to Andrew Hugill (Professor of Creative Computing, University of Leicester). David’s compendious book on the subject had also provided the basis of an exhibition at the Foundling Museum, Bloomsbury, in 2012.

Hugill set about assembling a multidisciplinary team to develop the idea. In late 2018, funding was secured from the university’s Knowledge Exchange and Enterprise Development Fund (KEEF) and from the Leicester Institute of Advanced Studies to support the creation of an initial model of the Rotunda (pictured below). 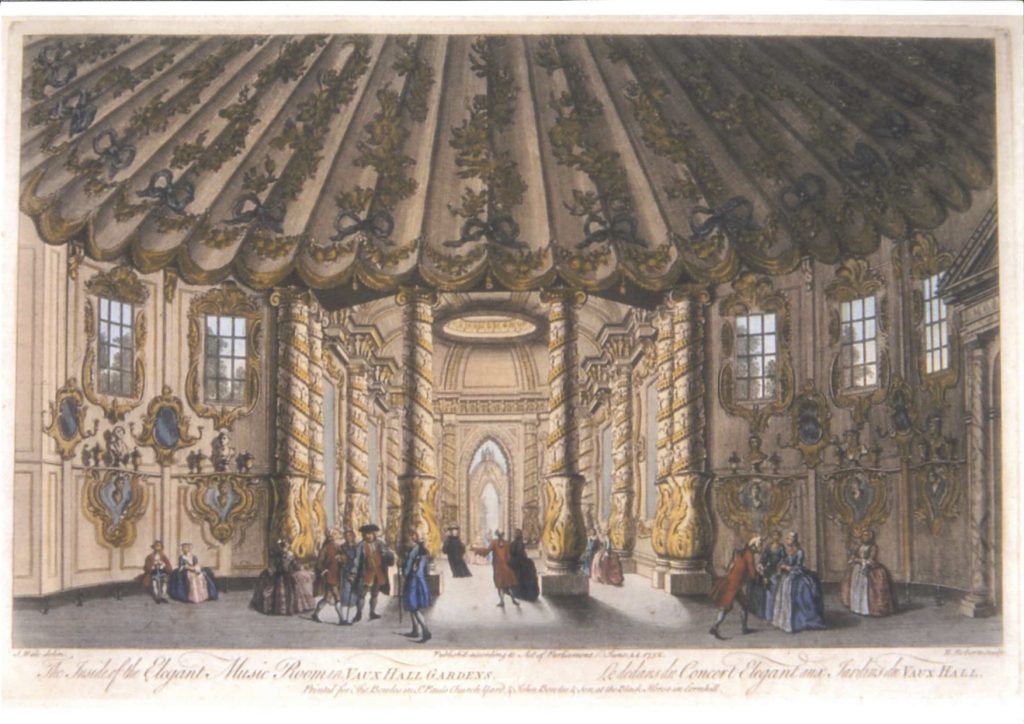 Interior of the Rotunda 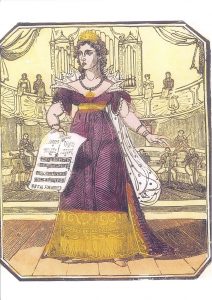 A singer in the Rotunda

The Rotunda was the main hub of entertainment: an indoor space that saw artistic exhibitions and musical performances as well as providing many opportunities for social interaction.

The project as a whole is directed by Professor Andrew Hugill, whose research interests include music and sensory interactions. The enterprise partners are MBD Ltd, a company that specialises in creating VR experiences in the heritage sector. David Coke and Lars Tharp are retained as consultants to the project. The University of Leicester partners include the Biomechanics & Immersive Technology Laboratory, the Centre for Urban History, the Leicester Institute of Advanced Studies and the Attenborough Arts Centre. The teams include staff from the departments of Business, Engineering, English, History, Informatics, Museum Studies, Psychology. The team is divided into sub-teams, as follows:

Their combined expertise in 18th Century urban history, 18th Century literature, historical gardens and digital media in heritage, makes them ideally suited to develop the storyboard and historical aspects of the project.

Michaela and Jeremy represent the Attenborough Arts Centre, who will host the launch of the Rotunda model. They also advise on the overall design of the model. Andrew is concerned with the multi-sensory aspects of the design.

Mateusz and Artur are building the rotunda structure in the Biomechanics and Immersive Technology Lab. Tim and Avi are working on the smell delivery system. Hongji is creating usability controls.

The major output will be a working model of an immersive and user-controlled Rotunda. This will provide the demonstration required to submit a full bid to the AHRC for a project to realise the complete Vauxhall Gardens model, which in turn will have commercial potential for international franchise and licensing. Other outcomes from the project will include: